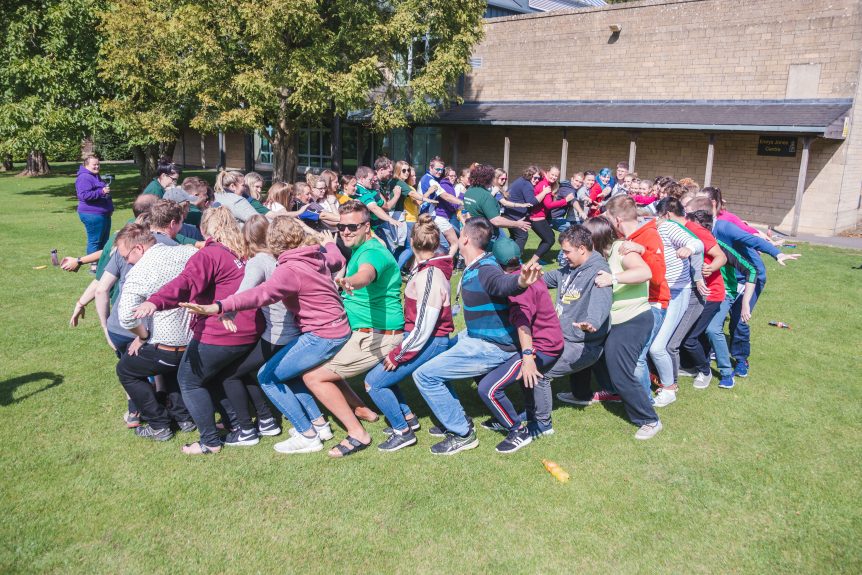 Polona Globočnik representing ZSPM in the prep team for the Rally 2019 shares her experiences from the Rally this summer in Cirencester, England.

Sitting in front of the computer and thinking about all the amazing things that happened at the RYEurope Rally 2019 in England – my head is full of hilarious moments and unforgettable experiences with new friends I have from only one week staying at Cirencester. This was my second Rally and after spending a week in Scotland last year I got a chance to be a part of the (international) prep team at this years Rally.(since we are going to host RYEurope Rally 2020 in Slovenia)!

At first, when I was asked if I would like to be a part of the prep team, I was honestly a little bit scared. I did a training course for trainers and I did prepared sessions before, but as English is not my mother tongue and I do not have a lot of experiences with such a big events, I was really not sure, if this is something I would be able to do. When I first met with Anja Fortuna, who was another Slovenian member of the prep team, all my thoughts disappeared. There was one thing which Anja told me and it really made me think : “The prep team members at the Rally are not there to be the teachers, they are there to show the participants the best ways to learn from each other”. Anja and all the other prep team members already had a lot of experience in leading events like that, so the Rally was not just a time where the participants learned something, but also I, as a part of the prep team learn a lot. I was put in many unknown situations and with that I gained a lot of experience for life.

The week we spent in Cirencester for me was a great combination of education on one side and having fun on the other. I especially enjoyed the buddy groups, where I got a chance to reflect on the day but also discuss the farming situation with my team from Northern Ireland. After the buddy sessions we also met at the prep team meeting, where we discussed what happened during the day and what we have heard at our buddy groups. In Slovenia we have a proverb “sto ljudi, sto čudi“ which basically means hundred different people, hundred different ways of looking at something – this was one of the main things we experienced during the prep team meetings.

All together I can just say that I am extremely honoured and happy, that I could be a part of the prep team at this year’s Rally. I would like to thank my organisation Slovenian Rural Youth Association (ZSPM), who gave me the opportunity to be a part of the Rally and also RYEurope, NFYFC and all the prep team members as well as participants, who made the week so amazing and unforgettable!

P.S. I hope that we can welcome all of you in Slovenia next year! We already started with first preparations and we are looking forward to a great week full of interesting topics and fun in the Slovenian countryside! See you!