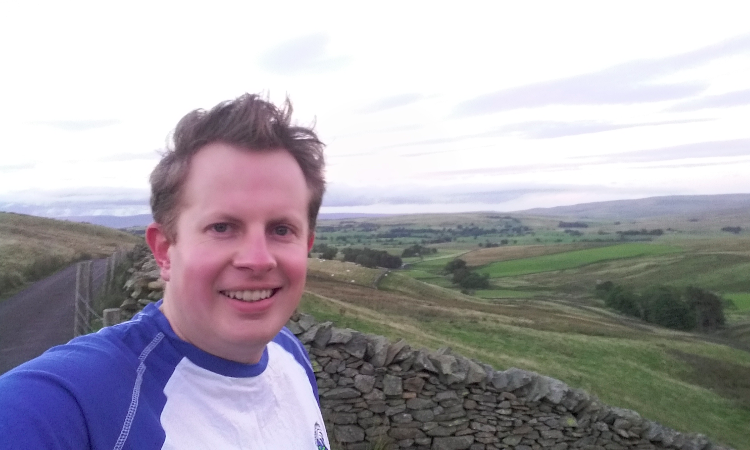 First an email arrived telling me there was 6 weeks to go, and then what seemed like a few days later, I received a Facebook message saying there was only 5 weeks to go!  Panic started setting in and I wondered what I had let myself in for…
On Sunday October 18th I will be attempting to run the Birmingham Half Marathon, a whole 13.1 miles, and there’s no turning back now.
Lots of people seem to be doing these various half marathons and local runs, but it is a completely new concept for me:  Those of you who know me will know that I spend a lot of time wedded to my laptop working in my office and over time this has had an undesirable effect on my waistline!
So, following some peer pressure, I joined ‘Hannah’s Dashers’ which is a group of young farmers from across England and Wales, led by national chairman Hannah Talbot, who are doing the run to raise money for charity (and get fit!).
I’ve chosen to raise money for The Farming Community Network who are a charity comprised of some 300 volunteers across England and Wales who provide pastoral and practical support to farmers and other rural people in need – helping them to find a positive way forward through their problems.
As services are increasingly cut in rural areas and as pressures mount from market volatility and an unstable climate makes farming an ever more challenging career, a helping hand is often needed.
They have helped me, friends of mine and other people I know, and I want to give something back and help them to help more people in the farming community who are suffering in silence.
So I’ve launched a campaign entitled ‘Get Russ out of his office’, set up a Just Giving page for people to donate, scheduled updates on my social media channels, and so on.
This is all well and good, but really it is a further distraction from actually training…
A few weeks ago I therefore plucked up the courage to hurl myself around the lanes near home.  At first this involved quite a lot of walking but even after a few days I noticed I was able to cover longer distances and in quicker times.  It feels good, surprisingly.
Since I’m fairly unfamiliar with running / sport of any kind this is still going to be a big challenge and any help I can get to spur me on will be much appreciated – so I’ve included a link to my donations page in case you feel moved to support me, and The Farming Community Network.
https://www.justgiving.com/RussCarrington/
Donating through JustGiving is simple, fast and totally secure. Once anyone donates, they’ll automatically add the gift aid and send donations directly to the charity. Easy.
Knowing that I’ll be able to give a good chunk of money to my chosen charity will really motivate me through the miles.
If you do see me out on the lanes looking puffed, give me a wave or a toot!
Thanks.
Russ Carrington
if you want to follow Russ’ last days of preparation his Twitter is @CiderRuss