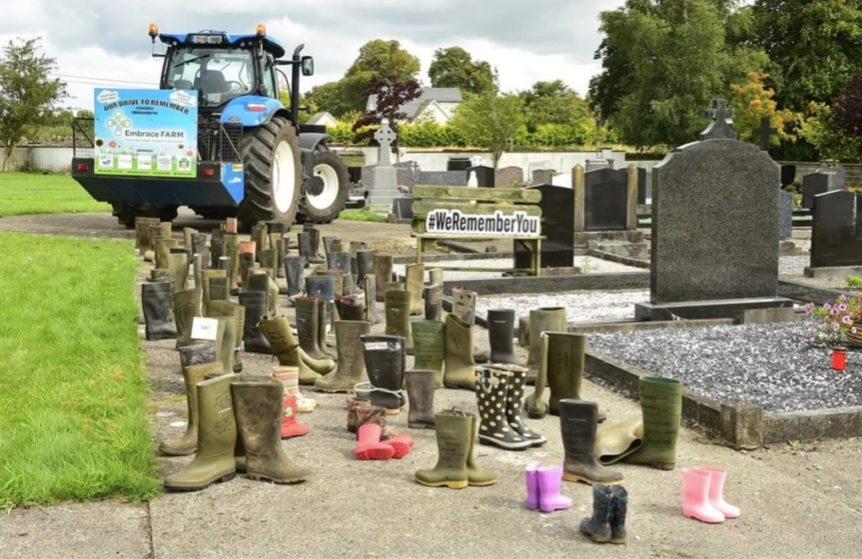 The Young Farmers’ Clubs of Ulster recently took part in ‘Our Drive to Remember’ organised and run by Embrace FARM which is a farm accident support network founded by Brian and Norma Rohan.

The aim of the drive was to shine a light on those who have lost their lives or been seriously injured in farming accidents. This initiative has also set out to raise awareness of farm safety as a tractor travels around the 32 counties of Ireland. 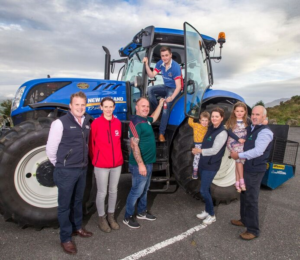 Commenting on the tractor run, YFCU President, James Speers said: “The YFCU was delighted to support this initiative. We picked the tractor up at the border on Friday 31st August. From there our YFCU volunteers followed a route around Northern Ireland, stopping off at various YFC events.”

He continued: “On Friday evening the tractor visited Annaclone and Magherally YFC’s tractor run and on Saturday it stopped off at Kilrea YFC’s car wash where some members gave the tractor a wash and polish before it headed off on its journey again. We handed the tractor back to Macra Na Feirme volunteers at Co. Fermanagh border in Belcoo having completed the Northern leg of the route.”

James added: “As YFCU volunteers drove around we noticed people stop to look at the tractor and take a moment to remember those who lost their lives in farming related accidents. As an organisation we will continue to emphasise the crucial importance of safe working practices on the farm. Safety should always be at the forefront of our minds when setting out to complete any task on the farm.”

He concluded: “I would like to thank Embrace FARM for inviting YFCU to take part in this and I wish Macrna Na Feirme volunteers all the best as they complete the second half of the southern route.” 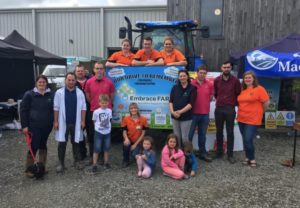 “Farmers play an important role in our daily lives as they are responsible for the food we eat, the resources we need and sometimes we take them for granted. Farmers may not be the quickest on the roads or the fastest in the fields nor may it be a glamous lifestyle, however it is what we make of it and there are many dangers out there that can pose a risk while trying to carry out these every day tasks.” Says Charlie Smyth of Macra na Ferime.

During the annual Virginia Agricultural Show, Cavan Macras young farmers in association with Embrace Ireland participated in a drive to remember, in which a tractor was geared up to travel around 32 county’s to shine a light on those who had lost their lives on Irish farms.

To learn more about the feelings at the start of the campaign read the Agriland.ie article

In featured picture: “This tractor was kindly sponsored by W.R Shaw and its purpose was to raise awareness of farm safety and the importance farmers play in our society.”