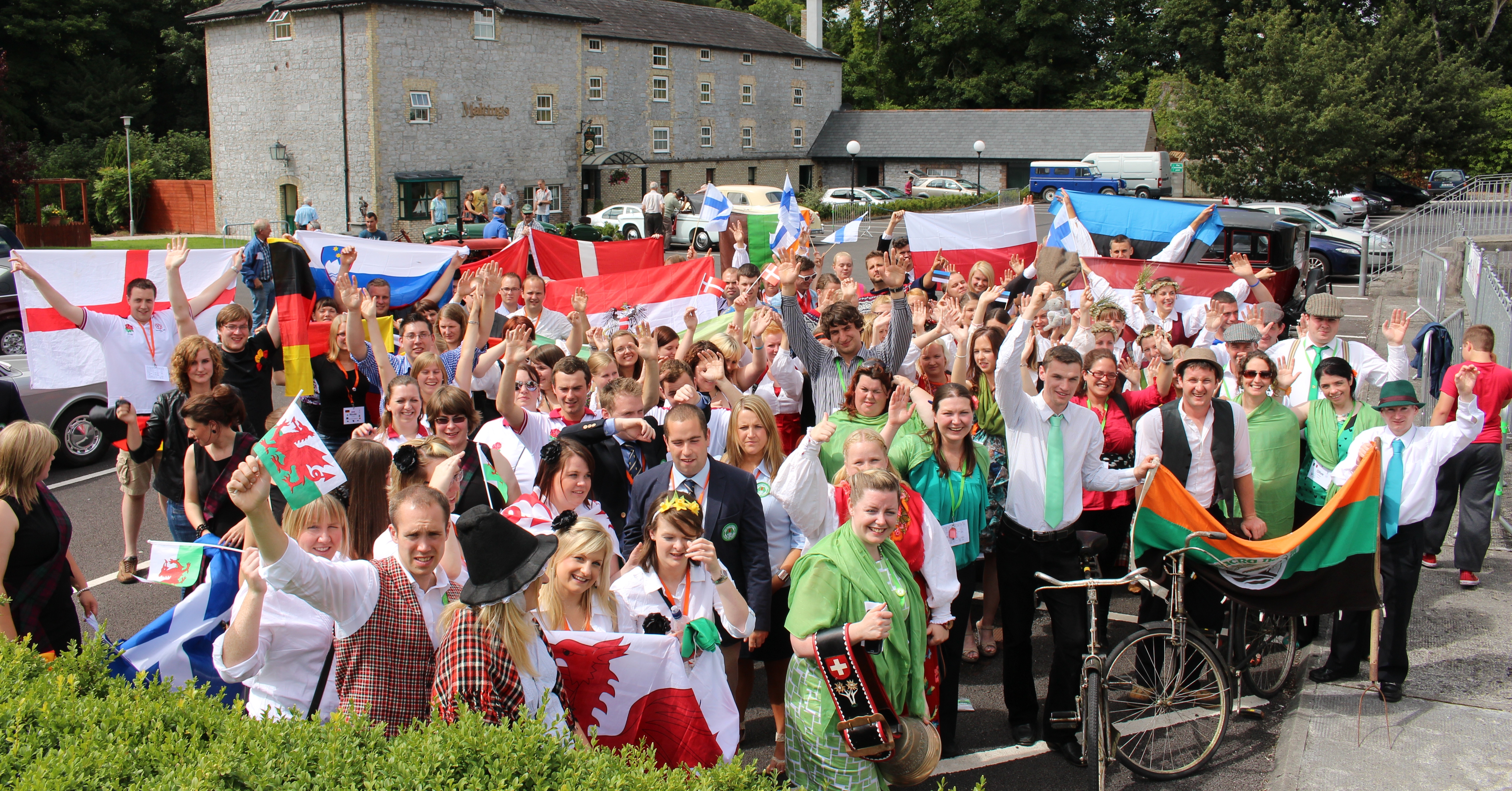 When I was digging through the archives at the Rural Youth Europe office in Helsinki in the beginning of the summer I found these papers. I was curious to know why they were in the middle of the big box of old photos, and soon found out it was an old Rally programme.
Having been to a few Rallies it was interesting to compare the modern Rally to the one arranged in Ulster in 1961. As the first Rural Youth Europe Rally was arranged only the year before, this was the second Rally to take place – ever.
As you can see from the pictures some of the activities were divided into girls/boys. For example on the first day boys were to build some kind of exhibition display for information about their home organisation, while girls were to make a salad. At another point it is clearly stated in the programme that this activity is for both genders.
Another big difference is that the stay in host families was for three whole days back in 1961. Nowadays the stay is just for one night. There was also a lot of travelling and sightseeing during the Rally itself, which is not the case anymore. This might have something with a packed workshop schedule to do…
The Rally has developed a lot during almost 50 years. The biggest difference might be that there is always a well-thought purpose behind everything that is done in a Rally – even though the sessions mostly are done in fun and creative ways!
I was happy to stumble upon this, because it’s always good to be self-critical. In this case I think Rural Youth Europe has followed the motto “learning by doing”, over the years the Rally has developed into the great event it is today.
With these words I want to wish everybody who is going the Rally in Austria an awesome week! 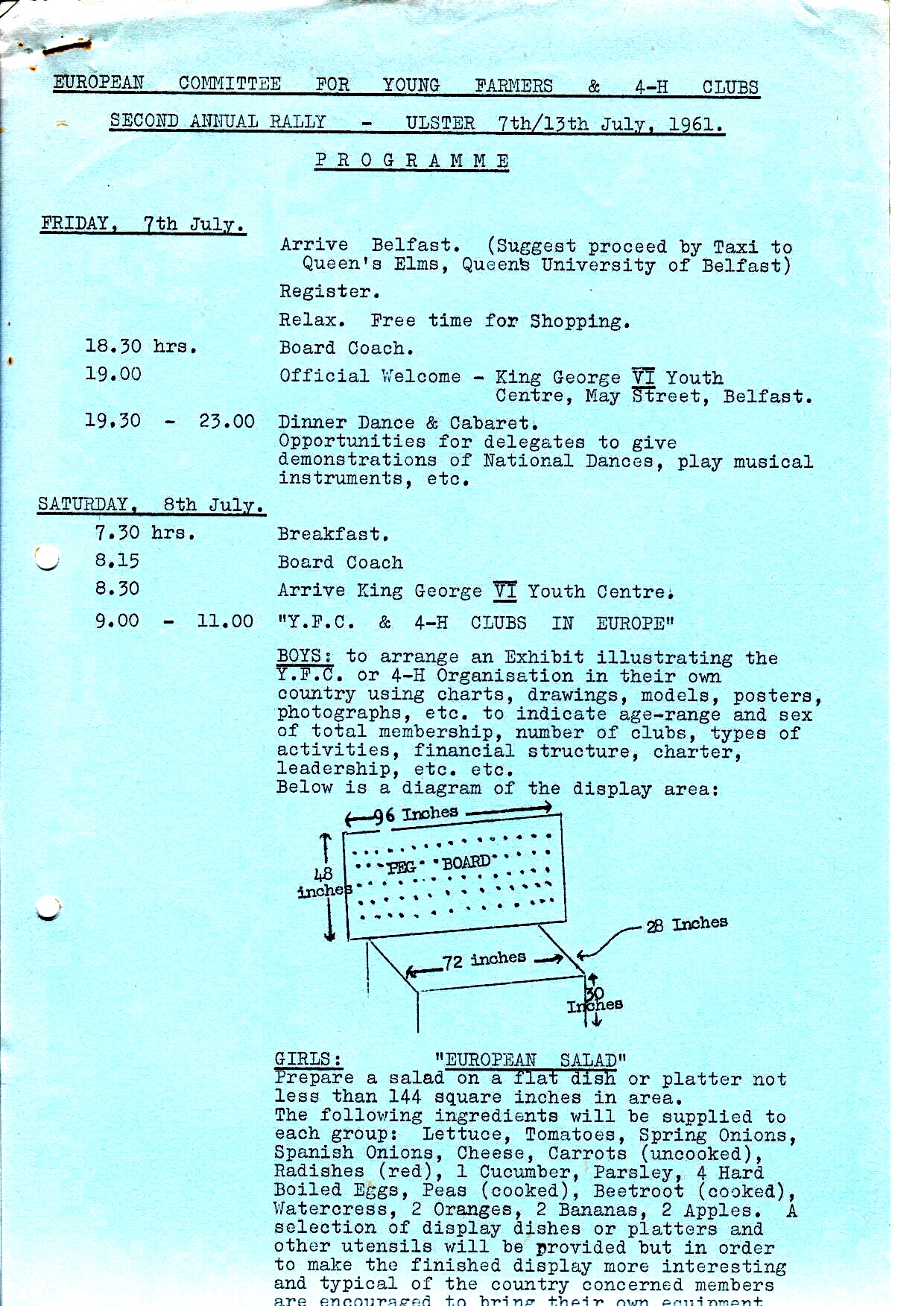 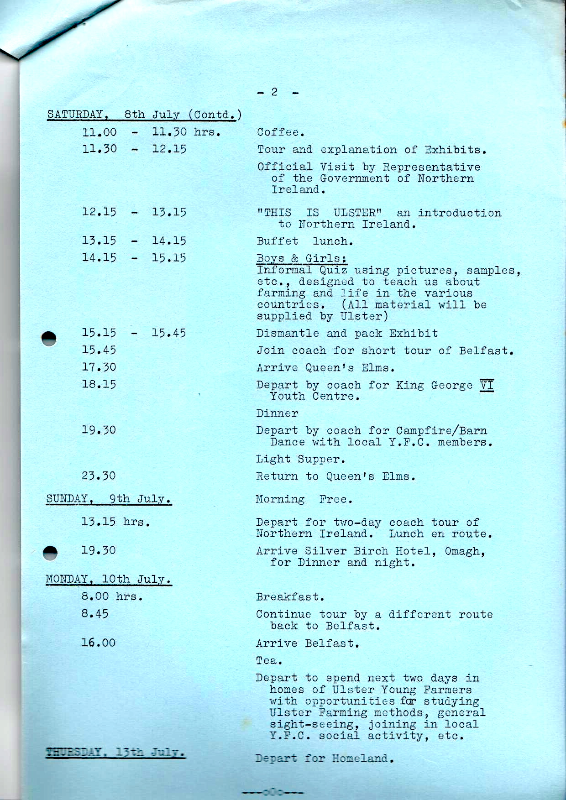