The Rural Voices Podcast Episodes 5 and 6 were featuring MEP Maria Walsh and MEP Kim van Sparrentak. Kim is a member and Maria is Vice President of the LGBTI Intergroup in the European Parliament.

But what is an Intergroup, what are they about and how can they be beneficial for rural youth?

Apart from constituency work, much of the work of an MEP takes place in the political groups, the committees and in plenary. But some issues cut across the division of the committees or are given little consideration in the official parliamentary business. To work on such issues with parliamentarians with similar interests but a different political group affiliation, many MEPs join the cross-group working groups called “Intergroups”. That is the place where, e.g. the Greens, discuss with Conservatives or Leftists on the same issues and try to move them forward.

The informal, thematic parliamentary groups are not official bodies of the European Parliament. But the intergroups can certainly have an influence on opinion-forming in the Parliament and the EU as a whole, insofar as they bring together MEPs from different political groups who can campaign for a common cause and thus mobilise cross-party coalitions.

In the current term, there are 27 registered intergroups. A few examples are:

They range from just a few up to 157 Members, with the LGBTI Intergroup being the biggest one.

For NGOs and companies that want to bring their issues to the attention of MEPs, intergroups are a very good point of contact. The groups are set up quite different but for most of them exchange can be facilitated especially at their meetings and events. But topics can also be brought to the group via individual members.

However, this exchange, which largely consists of lobbying, is also viewed critically. Especially if larger monetary contributions or similar are involved, the influence could weaken the political system. That is why the official intergroups are obliged to disclose all their donations for the sake of transparency.

Overall, however, the groups offer a good opportunity to discuss important social issues beyond the normal parliamentary work, structures and political groups and to advance EU policy.

Did you not yet hear our Podcasts with Maria and Kim? Have a listen of Rural Voices on Spotify, Apple Podcast or here. 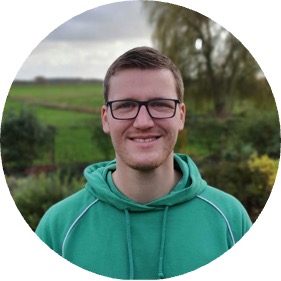 This week’s blog was put together by Martin Siemen, Rural Youth Europe Board Member for Group 2 (Central Europe).