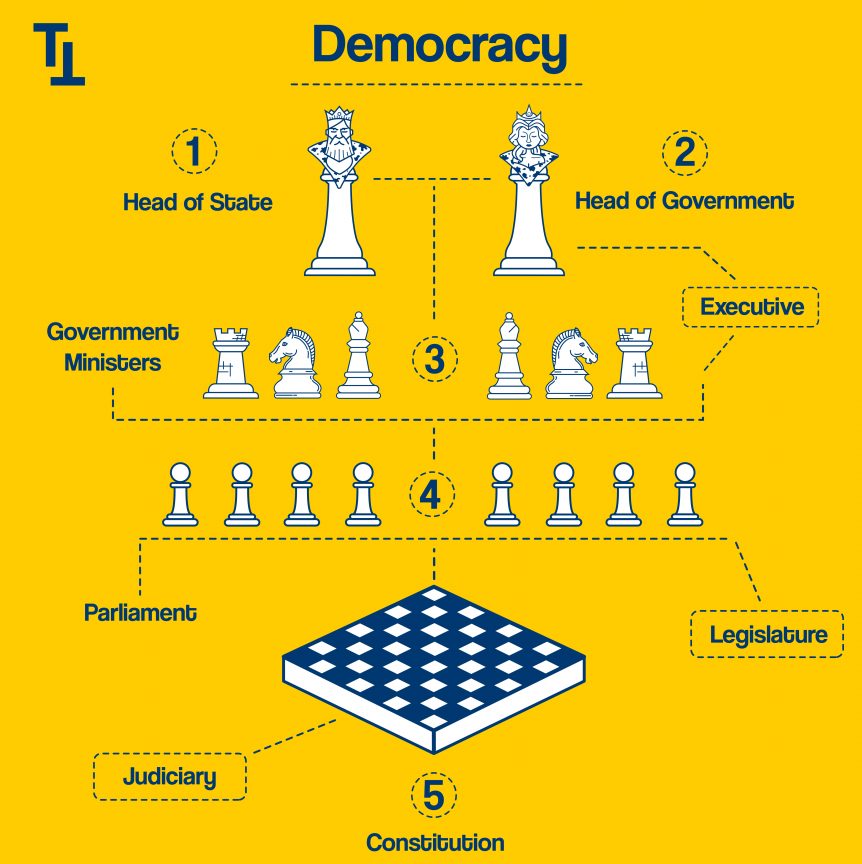 First of all then, what does democracy mean?

Direct
Ancient Greek civilisation is credited with establishing the first democracy in Athens. While other earlier democracies probably existed, this is the one we all remember and even the word democracy originates from ancient Greece – demos meaning the people, and kratos meaning power – power to the people.

The early Athenian democracy was what is known as a direct democracy where anyone could come to the political gathering, contribute, debate and form policy that shaped the state.

Of course, in this case ‘anyone’ means being a citizen and a man. So, no women, no foreigners and certainly no slaves were allowed to contribute to politics. Not exactly that representative looking now, is it?

Representative
What we tend to mean by democracy today is a representative democracy, where the people have a say, or a vote, on who it is that makes the decisions for them and who represents their interests. These representatives form a government who then governs on behalf of the people. Making sure that a government is as representative as possible and that the needs of all people are met within a society is one of the great challenges of civilisation. It is only by promoting democracy and participating in it that this challenge can be met, so first it is important to understand how it all works.

What is a government and what makes it up? As you can see from our title infographic there are various parts to a government and various different things the word can describe. Most commonly the system of democracy is split into three distinct branches each with different areas of responsibility and each able to check and balance the others, this is known as the separation of powers.

Executive
The executive is the leading part of a democratic system. The executive decides on what legislation to put forward and dictates the way in which government departments are to be run.

Legislature
The legislature is the part of the democracy where legislation put forward by the executive is passed into law.

Judiciary
The Judiciary is the legal system of courts that settle disputes and apply the law. The judiciary cannot pass or propose legislation however it can hold either of the other branches of government accountable to law.

Democracy is one of the core principles of both the Council of Europe and the European Union. Democracy is about so much more than voting, it is about active inclusion in society and contributing through participation. In future blogs we will look at different ways in which the EU and the Council of Europe foster democracy and how you can participate.

You can read more about democracy on the Council of Europe website here.