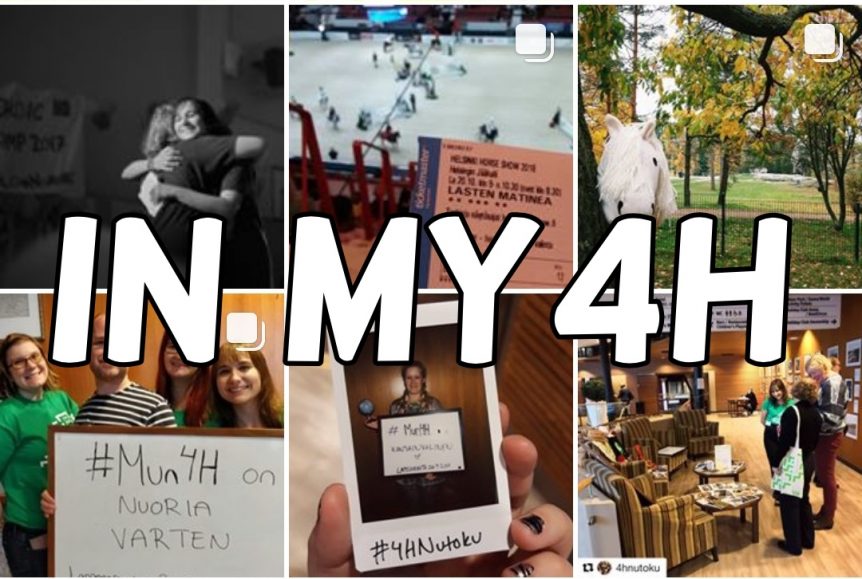 With Rally fever rising it is time to have flashback to last years rally and the campaigns that the teams created within their national teams. Here’s Emma Ilmonen, who was team leader in 2018 for the Finnish team, sharing their campaign with us.

In the RYEurope’s Rally 2018 in Scotland, we got a task to come up with a campaign to bring home with us. In Finland our members are mostly children. When they pass the age 13, they usually quit 4H, because there isn’t that much to do for them anymore. That was the thing we focused on.

We started to think: “what would be our thing so it would help young people to stay in 4H?”

Okay so, there isn’t that many activities for the age group 13 – 18, so we wanted to hear their opinion. We wanted to know what they would like to do in 4H. We have a 4H youth committee in Finland, and few of the participants in the Rally were a part of that too. We started to co-operate with them and that’s how it got wind under its wing!

Our campaign is called #InMy4H (in Finnish #Mun4H), and the idea is that people can post a picture to Instagram, Facebook, where they want, saying this is what 4H is to me or this is what I want from 4H. We have a white board where we wrote #InMy4H and we have had that with us in different events and people have posted pictures with their writing on it.

It’s a campaign that after 9 months it’s still going on. There are few people that have taken a part of this campaign and hopefully more and more people will post a picture saying what 4H is for them. That’s how we can get ideas what to bring to 4H to get more and more people interested in staying in 4H!

Emma Ilmonen, team leader for Finnish 4H to Rally in Scotland 2018 and team member of Autumn Seminar in Switzerland 2019.