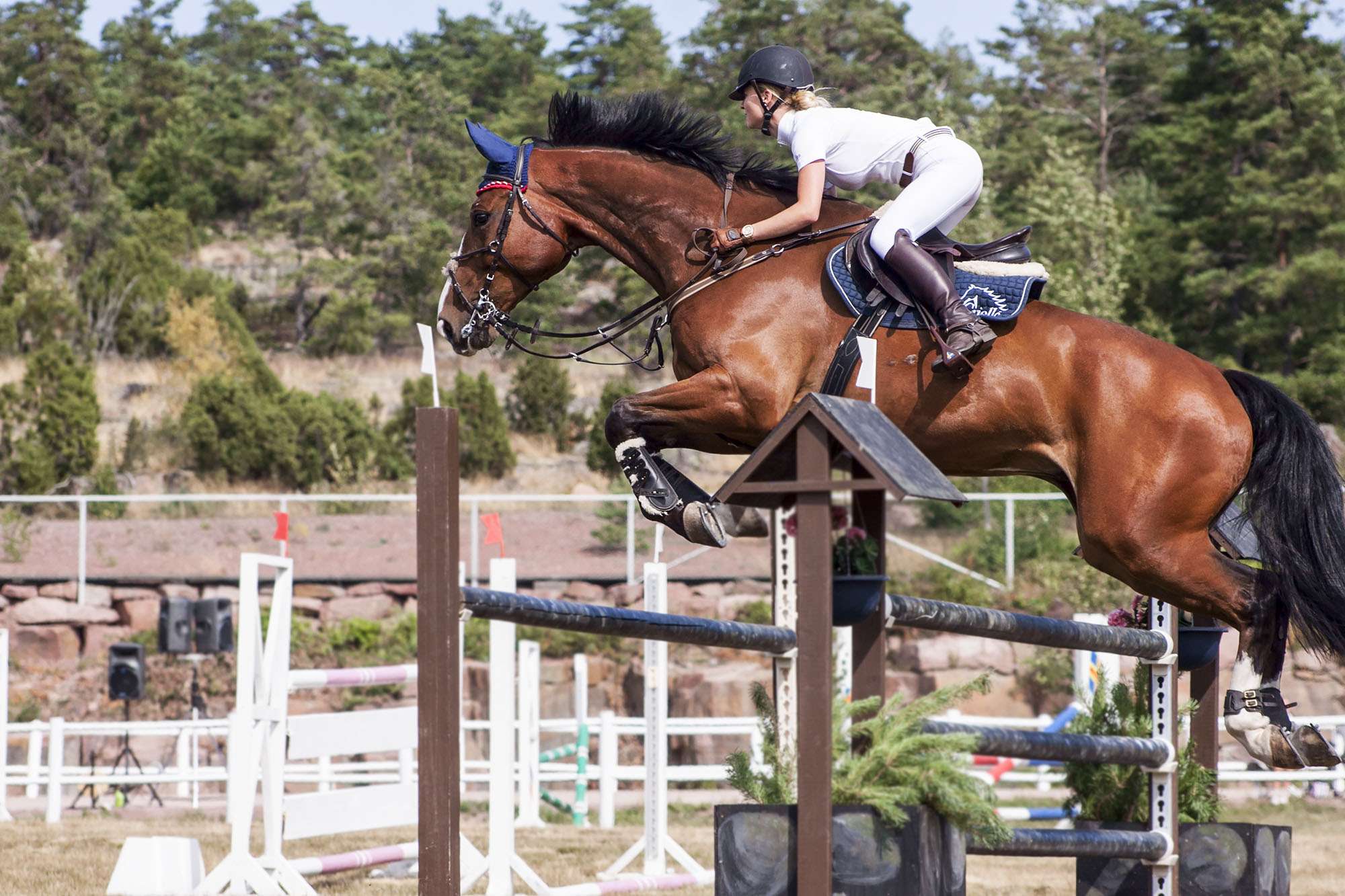 A couple of months ago it happened – my first dressage competition, the second competition ever in my 21 year old life. I was super nervous for weeks before the competition would take place. On the D-day my alarm woke me up at 5.30, I fed the horses, did the last preparations and loaded the horse into the trailer. At seven o’clock we were on the road – I was dead tired.
During the warm-up the horse felt perfect, a real rock among the other horses. When our turn came to perform the dressage programme my horse thought she had seen enogh and started tossing her head – resulting in me forgetting the whole program that we had been practicing for weeks!
Luckily, the judges allowed me to starts over, and this time it went better. When we had finished the programme I just wanted to cry of relief, but I managed not to. As I suffer from competition anxiety it was a relief to have survived the programme.
I have to admit that at some point I was a bit bitter, because I though we had not performed well. My mood got much better when the judges called out the results; we got 77,4 %, which is a good result, not really what I expected after the not-so-perfect start.
I really have to learn to not have too high expectations for myself – after all this was the first competition for me since 2006. And, it could have been a hundred times worse than it was.
Soon it was time again, this time it was a jumping competition. Alarm set for 5.30, feed the horses and make the final preparations. My horse Leunora and me competed in two classes; both 70 cm and 85 cm. Again, I was nervous – realising we would start as number two in the first class didn’t make it better. We had of course been practicing the jumping programme back at home. Usually when doing jumping practice at home we the fences are between 80-90 cm, so 70 cm should be no problem. Unless I forget the course…
To calm my nerves before the competition my friend convinced me to jump 110 cm – the highest I have ever jumped. The feeling of flying for a few seconds in indescribable – the best decision of my life is undoubtly buying a big horse that loves jumping. Feeling the power under you is just too cool!