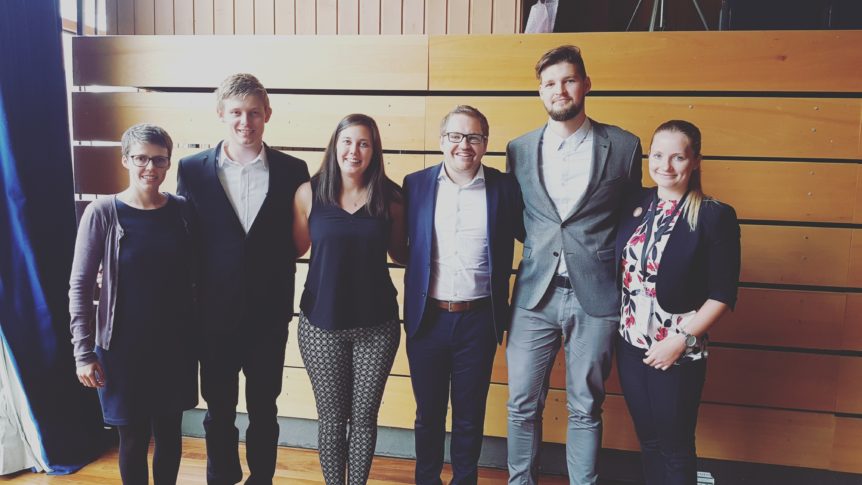 The Rural Youth Europe General Assembly on the 17thof August 2018 offered both exciting elections and interesting reports of the work of the board over the past two-year period.

While the General Assembly is an annual event, the majority of the board members’ mandates were ending.  Leaving the board was chairman Russell Carrington, Julia Schaller board member for group II (Central Europe) and Geoffrey Thompson who was the special interest board member tasked with policy work. In addition, the former vice chair, Sebastian Lassnig ran unopposed for the chair position, and was thus rewarded the position.

Geoffrey Thompson presented the impact of his work primarily with the European Youth Forum (YFJ). He pointed out that the voice of the rural youth is not very well heard among the international youth NGOs and national youth councils present at the YFJ. He felt that he had been able to give the rural opinion for documents like the European Youth goals which feature the 6thgoal of moving rural youth forward. The Rural Youth Europe’s participation in structured dialogue and active participation in the council of members of the YFJ has laid the ground for continued successes for rural youth in the policy making field.

The strategic work of Rural Youth Europe has been a process initiated by the board and carried out with the assistance of Jenni Heinonen, the secretary general currently in parental leave. The work has resulted in a balanced score card which is a tool that continues to support the quality development of the organisation. A second outcome has been the Strategic Workbook which will help support the processes of development of the member organisations of Rural Youth Europe as well as other interested parties. The book is being layouted at the moment and is expected to be ready this fall.

With this Rural Youth Europe is welcoming the new board and continuing the work of providing quality learning experiences for rural youth while providing a space to create networks and friendships across Europe. 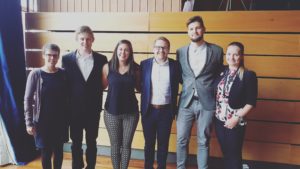 The new board: from left Daniela Allram, Nicolai Olsen, Linzi Stewart, Sebastian Lassnig, Aris Brencis, Anja Mager. Missing from the picture is Hannah Kirkpatrick who was elected in her absence.